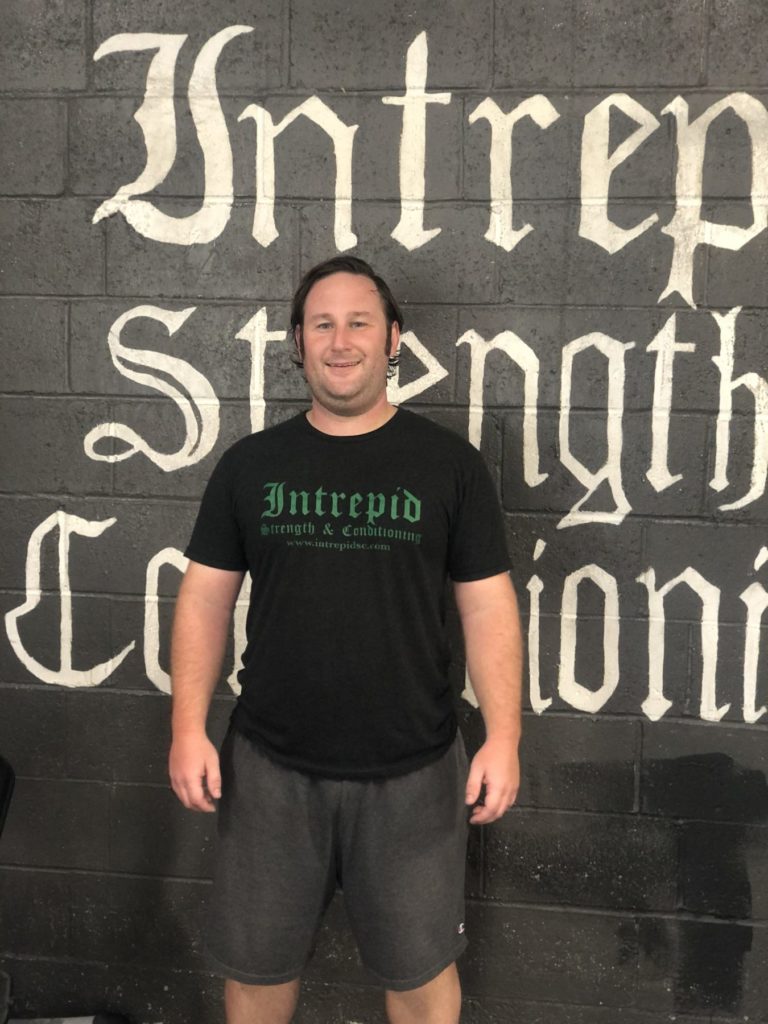 Alex is a CrossFit L-1 Trainer who first found CrossFit in early 2013. Though it took him another few years to go all in, he took that big step to call, show up, and join Intrepid in 2016.
Joining this community has changed his life for the better and the core principle of “constantly varied, functional movement, performed at high intensity” is what drives him to show up day in and day out. On top of that he believes that this gym is a special place because not only is everyone here to improve their lives, they are here to have fun.
After witnessing the impact that Intrepid has had on him firsthand, his wife and son took the plunge and are members as well. His youngest daughter has also been known to hang around, waiting for her chance to join in on the action.